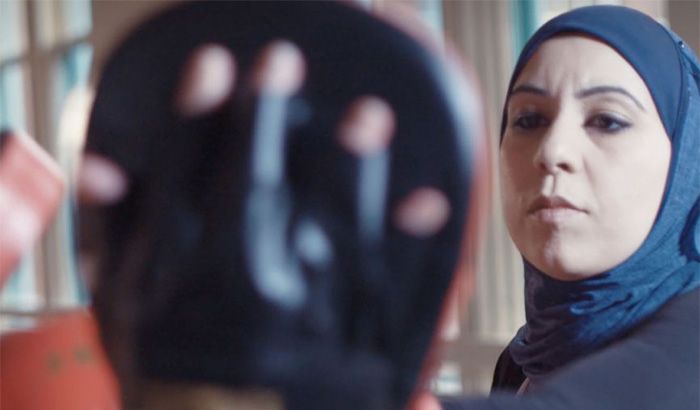 I just want to show other women who are in a negative place or doubt themselves that they too can achieve so much! Sport empowered me; it was the missing part of the puzzle that satisfied my soul.

I decided that I wanted to show other’s how sport could empower and change their lives so I decided to train and become a Qualified England Boxing Coach!

I would just like to take this opportunity to share my experience of the impact of sport in my life as a woman. I am 35 years old, a mother of 3 beautiful children. My ethnic origin is British Pakistani and I was a qualified lecturer teaching IT at College until 2007 when I fell pregnant with my second child and took maternity leave. I no longer wanted to teach and was looking for the missing part of my puzzle in life. The element that would satisfy my soul.

I had always wanted to lose weight as I was 4 stones overweight, depressed, my confidence and self-esteem were non-existent and I was unhappy in life.

I hit 30 and thought wow life must change for me. I can't simply go on like this! Two years previously my brother bought me a cross trainer and it had sat gathering dust in my utility room. So I decided to give it a go. Slowly but surely I began to exercise daily and focused upon eating better.

Within two weeks I lost a stone! The impact exercise made upon my body and mind was phenomenal! I felt great I had so much energy, I felt happier and more positive. The physical changes were amazing! Clothes were looser and fat was melting away! My body shape was changing.

I fell in love with my cross trainer and began doing HITT workouts and runs almost daily. I would wake up at 6am to fit them in around my children’s routine. But I was becoming bored of the same thing and wanted to try something new.

My brother suggested that I try boxing as he had trained for years and really loved it. I went with him to a training session and really enjoyed it. Even though it was a really tough session! I then decided to train 3 times a week at the Boxing Gym. As time passed my passion for boxing grew and fell in love with it. I lost 4 stone in weight, but what I gained was health, fitness, endurance, strength, confidence, self-esteem, self-worth, pride and independence.

I qualified in September and with my Boxing Coach we have set up a community group called Box Smart. Our initiative is to empower Women, Men and Children by using Boxing as a platform. In the short space of 6 months I am now running 3 Women's Box Fit classes a week, coaching on a one to one basis, offering nutritional support & plans to clients. I also Coach the Regional Women's Squad. We have 150 registered women on our database!

As part of International Women's Day I was honoured to be photographed by Rose Teamby as part of her Women at Work Project. The project was aimed at taking portraits of women who have shown that gender, race, religion is no barrier to a woman wanting to pursue a particular career and features women in non-traditional jobs.

It hasn't been an easy journey. I entered a predominantly male sport; people have laughed at me and have been shocked that I am a Boxing Coach. Being of Pakistani heritage I have had to break barriers and had to listen to ridiculous comments. My own family at first didn't understand why I wanted to become a Coach especially my parents. But now they support what I am doing. I wear the hijab too so I have been asked how I train with a scarf on my head, what do I wear, do I train with men there etc. I can tell you many stories about the hardships!

I just want to show other women who are in a negative place or doubt themselves that they too can achieve so much! Sport empowered me; it was the missing part of the puzzle that satisfied my soul.